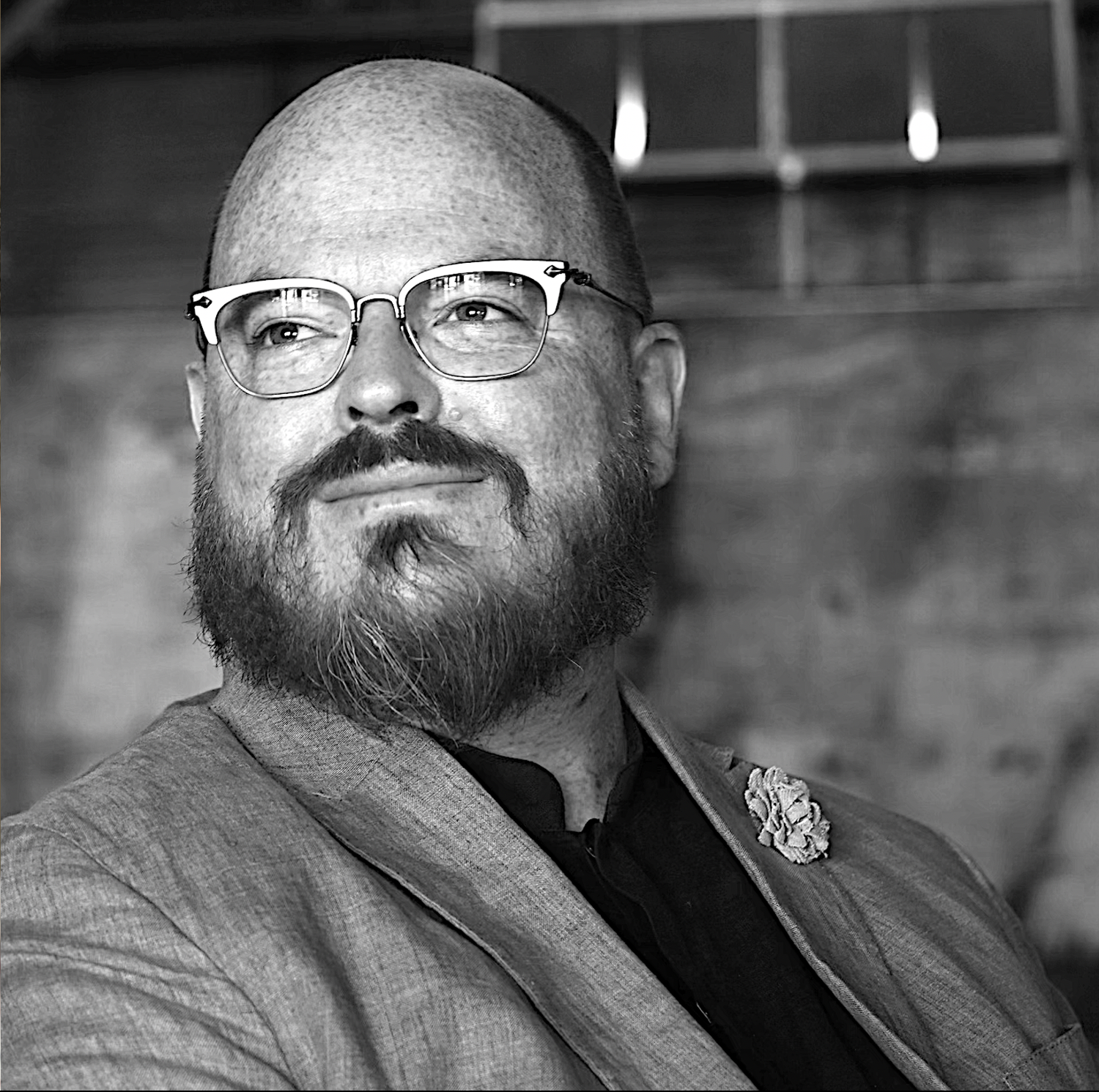 Leaders often assume that rules of competition will stay the same, even though they know the future is a volatile place. This is true for mature companies with rigid approaches to planning, but it’s also true of nimble startups.

At the end of the day, nothing is more valuable than survival. If you invest in innovative companies, and you want to see outsized performance, you should consider whether that innovation creates resilience for you, your investment, and its customers. In this guide, I’ll show you how to identify innovations that will extract value, no matter what the future brings.

Over the 20th century, nearly four hundred business shocks hit US companies. Yet, somehow we keep being surprised. While most of these were manageable, some collided to create rogue waves: pandemics, resource conflicts, climate disasters, war, economic, regulatory, and social upheaval. They all happened. And that’s the thing about the future; typically, it’s happened before—just not to us.

The key to preparing for tomorrow is understanding the past. After all, it’s simply the future that has already happened. As the world moves faster, we will experience more ‘unlikely’, new to us events. As we become more connected as species, they will collide more often, increasing the likelihood of rogue waves.

Often, these rogue waves will be new phenomena that weren’t previously possible, but that doesn’t mean that the impact and response are unknowable. For instance, two novel respiratory viruses were contained in the 21st century. It wasn’t the disease itself that made Covid impossible to contain, it was the collision of social, economic, and technological waves. Even though respiratory pandemics are new to us, old concepts like vaccines, tracking, and quarantine are being used to manage it.

Changes in possibility are often difficult to detect, but that doesn’t mean that we can’t be resilient to and position ourselves to take advantage of rogue waves when they hit. While the future rarely repeats itself, it typically operates within a range. We’ve had pestilence before and some of humanity has experienced most strains of tomorrow.

As leaders, we can always be surprised, but it is irresponsible to be surprised by futures that have already happened. Most of them have and they can even be bucketed into categories. So can the financial, operational, and strategic business processes that they impact. This means that, even if we can’t predict the future, we can know how to prepare for and position ourselves to take advantage of most.

The Four FOES of Growth 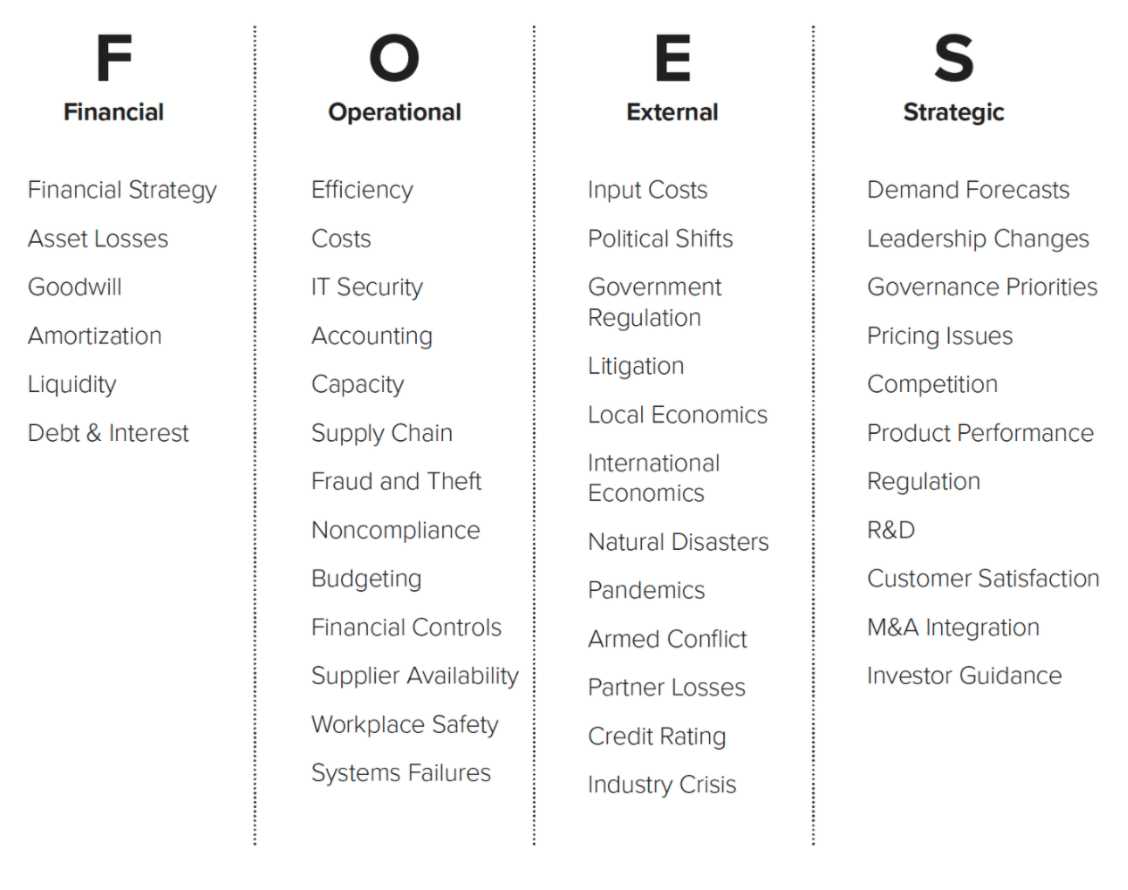 The Four FOES of Growth do more than give us a way to think about threats, they give us a way to target opportunity. What many people miss is that risk is a measure of volatility, change over time. What you do with that knowledge is up to you. All I can say is that the removal of pain and fear is a prescription for profit.

Most innovations redesign the rules of the game using Risk Switches

What To Read Next
Making the Future 2021 | Marc Andreessen

Insurance, one of the first great business innovations, didn’t always exist and it took dynamic risks and made them static. For instance, I live next to the national forest in Northern California where we are having a drought. As the vegetation dries out, the risk of fire goes up, but the impact stays the same for me. I just pay a constant monthly fee.

When the Daiichi nuclear powerplant exploded, it upended the Toyota’s supply chain, but not its foreign competitors. Toyota, in many ways, the grandfather of lean manufacturing, experienced an asymmetric risk. In response, it looked at its processes to understand where buffers could make them resilient when others weren’t—flipping the asymmetry. One action was to stockpile six months of semiconductors. In 2016, when an earthquake hit Taiwan, Toyota continued operating while others were disrupted. In 2021 when Covid disrupted the semiconductor business, the same thing happened. Toyota is thriving, while competitors try to survive.

The problem with carbon pollution is that an action taken at one time creates impact at another. The genius of emissions taxes is that they the actor pay the cost.

The genius of Covid vaccines and the government incentives to create them is that what historically would have been a sustained event, impacting the majority of the world for decades until it naturally reached herd immunity, has become a temporary challenge.

Often, the more risk switches you flip for customers, the more value you create. Let’s take Facebook for example and how it impacts advertisers:

Risk, volatility, isn’t just a measure of threat. It’s a measure of opportunity. More stock market billionaires are minted in downturns than upturns.

When the game changes, the only question is whether you will be disrupted or be the disruptor. Both will likely happen and neither should be a surprise.

Note: The content here is for informational purposes only, and should not be taken as investment advice. All views contained herein are my own and do not represent the views of any other organization.

Jonathan Brill is an expert on resilient growth, innovation, and decision-making during uncertainty and recently wrote a book titled, Rogue Waves: Future-Proof Your Business to Survive and Profit from Radical Change. SVIC members can find a free excerpt from his book here.