Menu
Home » Articles » Quit by Annie Duke: Knowing Is Not The Same As Doing 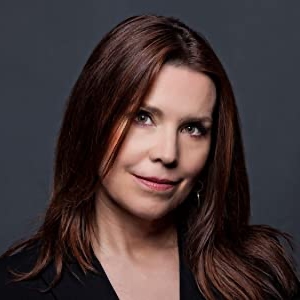 Quit: The Power of Knowing When to Walk Away by Annie Duke

The following is an excerpt from Annie Duke’s newest book Quit: The Power of Knowing When to Walk Away. As a former professional poker player, Annie won more than $4 million in tournament poker before retiring from the game in 2012. Prior to becoming a professional player, Annie was awarded a National Science Foundation Fellowship to study Cognitive Psychology at the University of Pennsylvania. In Quit, Annie teaches you how to get good at quitting. Drawing on stories from elite athletes like Mount Everest climbers, founders of leading companies like Stewart Butterfield, the CEO of Slack, and top entertainers like Dave Chappelle, Duke explains why quitting is integral to success, as well as strategies for determining when to hold’em, and when to fold’em, that will save you time, energy, and money. The following is an excerpt from her book that Jordan Thibodeau has asked Annie to share with us.

The Difference between Knowing and Doing

There are lots of intuitions people have about cognitive biases, including the sunk cost fallacy. One of the most common is that if you are educated on the topic and know about it, that will stop you from committing the error.

I know it seems we’ve already spent a lot of time on stories about scaling mountains. But to demonstrate the difference between knowing and doing, please indulge me while I tell one more.

This one is about an experienced outdoorsman and mountain climber named Jeffrey R., who had set a goal for himself of climbing the one hundred highest peaks in New England. In the climbing community, this is considered a significant achievement. Several of the peaks do not have official trails and can be reached only along snowmobile tracks, old logging roads, or herd paths. Some of those involve “bushwhacking,” where a climber has to force their way through forested or overgrown areas.

Jeffrey R. had climbed ninety- nine of the peaks and was climbing the last one, Fort Mountain, in Maine. When the weather turned bad and a fog came in, his climbing partner decided to turn around. Jeffrey R. disagreed and continued climbing alone.

His body was found several days later. He apparently fell to his death.

Why am I telling you this story, so similar to some of the others? One person turns around. The other continues to go on, with tragic consequences.

The Jeffrey R. in this story is Jeffrey Rubin, the same Jeffrey Rubin who, with Joel Brockner, studied the behavior of people waiting for a crossword puzzle dictionary that never came, and followed it up with an impressive and influential body of work on escalation of commitment right up to his death in 1995. If anybody understood the problem of being entrapped in a course of action, unable to cut your losses even in the face of clear signals that you ought to be quitting, it would have been him.

Yet he became entrapped that day.

This should be a warning to all of us. Don’t think that, just because you’ve read up to this point in the book or understand the sunk cost fallacy, this knowledge alone is going to help you overcome it. If Rubin was unable to quit, that should open our eyes to how hard it is for the rest of us.

What To Read Next
Zero to IPO by Frederic Kerrest: Always Measure the Stakes

Knowing is not the same as doing.

If you like this excerpt, we highly recommend that you purchase this brilliant book, Quit: The Power of Knowing When to Walk Away by Annie Duke.