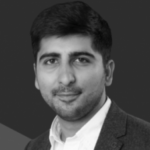 As a venture capital investor, I review, assess, and track hundreds of startups every year and have seen some of these companies, including some of my investments, grow to billion-dollar outcomes. But, I still could not tell what was really different between those which did become great successes and those that did not, and neither could anyone else, at least not backed by real holistic data on all startups that succeeded or failed, instead of relying on just a few examples each investor has personally seen.

I spent thousands of hours over the past four years manually piecing together 30,000 data points and analyzing over 65 factors per startup. I gathered information on everything from a company’s early competitors to its defensibility factors; from the founder’s age to his or her university rank; from the quality of a company’s investors to the timing of fundraising rounds — and much, much more. No study is meaningful without comparison to a baseline group, so I also collected the same data on a similar-sized group of randomly selected start-ups founded in the same time period that didn’t go on to billion-dollar valuations. This is one of the largest and most comprehensive studies ever conducted on startups and investments, and why some succeed and others do not.

In my new book, “Super Founders: What Data Reveals about Billion-Dollar Startups”, I discuss what I found in the data and interview founders of billion-dollar companies, such as Zoom, Instacart, GitHub, Cloudflare, Confluent, and Nest, as well as investors in companies like LinkedIn, Stripe, DoorDash, and Airbnb to go deeper into their success.

In this article, I will walk you through some of the findings from the data that would help you become a more successful angel investor and discuss some common reasons angel investors pass on an opportunity for the wrong reasons.

Only a small fraction of startups founded each year end up achieving billion dollar outcomes. Most angel investors are lucky if one or a couple of their investments reach billion dollar or more outcomes. If, as an angel investor, you had a chance to know about one of those companies that would go on to become a billion dollar outcome in the early stage, could have had access to make an investment, and passed on the opportunity for the wrong reasons, you have made a costly mistake. Afterall, the returns of any angel or venture capital portfolio relies solely on the top one or two companies in the portfolio. To become a better angel investor you need to minimize the anti-portfolio, the companies you passed on that ended up becoming massive successes. Dozens of angel investors said “No” to Airbnb when it was raising $150,000 for 10% of the company, valuing it at $1.5 million. That is not a single occurrence. The same thing is true for companies like Uber, Instacart, Peloton, and many others. In most of these cases, the investors said “No” for the wrong reasons.

The following are 8 reasons why angel investors will pass on an opportunity that the data shows are not important:

Of course, it is also very important to look for and find factors that make one more likely to build a successful startup. There are many such factors that the data revealed that angel investors could look for in their next investment. I discuss those in detail in the book and provide actionable insights for investors and entrepreneurs based on the data.

Forget the myths. There are many stereotypes about what does and what does not lead to success that are statistically wrong. Data is a great tool both to avoid missing on great investments for the wrong reasons, as well as creating a metrics-driven investment framework that could help investors compare investment opportunities and pick the right one. My recommendation for angel investors is to look at their portfolio of angel investments as a portfolio of people rather than a portfolio of companies. Some founders may fail the first time around but come back much stronger the next time. Invest in the founders you like in their back to back endeavours until they land on the billion-dollar one.

The content here is for informational purposes only, and should not be taken as investment advice. All views contained herein are my own and do not represent the views of any other organization.

How to Use Stress to Your Advantage

The Hidden Costs of Crime on Investments

How To Invest In Startups – Part 2

How To Invest In Startups – Part 1

How to Negotiate the Best Stock Options Package

How to Select the Right Retirement Accounts

Please confirm you want to block this member.

You will no longer be able to:

Please note: This action will also remove this member from your connections and send a report to the site admin. Please allow a few minutes for this process to complete.

You have already reported this
Clear Clear All