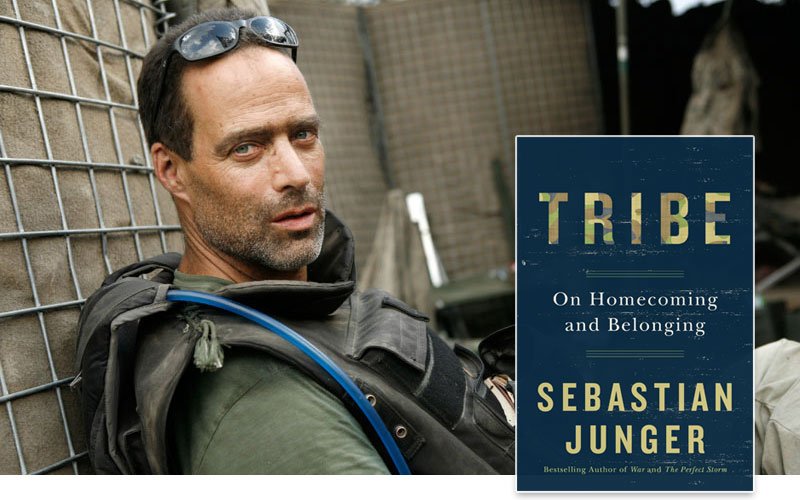 Recently, I hosted renowned conflict journalist, author, TED speaker, and filmmaker Sebastian Junger to discuss his book Tribe: On Homecoming and Belonging, as well as his National Geographic documentary Hell on Earth, which looks at the Syrian civil war. This is a two-part talk. The first part is about Sebastian’s book, and the second part is about his documentary (which you can find here).

I’ve read Tribe twice. It’s an incredible book that talks about the struggle of finding belonging in our society and the importance that the feeling of belonging has to our psychological health. Probably one of my favorite quotes of all time comes from this book.

In 1915, an earthquake killed 30,000 people in Italy. Some towns almost lost their entire population. The earthquake didn’t discriminate on who to kill. Rich, poor, educated, and uneducated all died the same. A citizen from one of the ruined cities said, “An earthquake achieves what the law promises, but does not in practice maintain…the equality of all men.”

If you would like to read a free chapter of Tribe, you can find it here.

Topics covered in this talk:

[00:20] Why Sebastian wrote Tribe: On Homecoming and Belonging

[01:50] Why Europeans fled their modern world to live communally

[03:30] Why are modern PTSD rates increasing when war casualty rates are lower than they were in WWII?

[09:00] The sad irony of modern society—that the country never asks anything of us

[10:00] How divisions, identities, and political parties melt away during a tragedy

[18:00] How political parties are in the business of division

[24:39] The coal mining disaster in Canada and different leadership styles

[30:30] The leadership of the Iroquois (Sachems)—peacetime and wartime leaders

[34:50] The tribal roots of liberal and conservative ideologies, their importance to our democracy, and the genetic influences that affect political ideology

[38:30] How partisanship is destroying America (and why it’s more dangerous than Al-Qaeda)

[42:40] The different types of courage: ‘risking your life’ versus ‘moral courage’

[47:00] Veterans and their reintegration into society

[51:00] The psychological cost of technology and depression rates between Nigeria and the United States

Tribe: On Homecoming and Belonging by Sebastian Junger

What is the Silicon Valley Investors Club?

The Silicon Valley Investors Club (SVIC) is a community created by and for technology professionals who are interested in becoming more discerning, knowledgeable, and profitable investors. Our members are dedicated to learning how to make wise investments in real estate, stocks, bonds, startups, company acquisitions, and financial planning by discussing investment strategies and experiences. Each day, a story related to investing will be posted to the group’s Facebook page to serve as a jumping-off point for in-depth, quality discussions among like-minded investors. Make sure to join our Facebook Group.

This site uses Akismet to reduce spam. Learn how your comment data is processed.